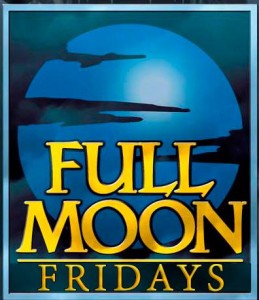 In 2008 Marvel started a firestorm with the release of the first film in their cinematic universe. In the years that followed Sony Pictures, 20th Century Fox, DC Entertaiment/Warner Bros., and recently announced Universal Studios have all followed suit to create shared universes that connect their respective properties, ranging from superheroes to classic monsters.

One of the most, if not THE most, successful direct to video production & distribution companies is Full Moon Features. Founded in 1989 by Charles Band, Full Moon Features (then Full Moon Entertainment) has released well over 100 films and continues to release films to this day! Their latest venture is the creation of Full Moon Streaming. A website, similar to that of NetFlix, which allows subscribers to dig deep in the vast Full Moon library of work!

Some may argue that Full Moon already has a connective universe, where characters from some films appear in others. This is true to an extent. We consulted with our resident Full Moon Features expert, Dustin Hubbard, to compile a rough list of already established Full Moon film connections, they are as allowed:

There are many more suggestive connections and little Easter eggs in many Full Moon films that connect to one another. Aside from cameos, there are really only a few that really affect or have influence on the narrative of the film. Below are the five reasons WHY a more solidified universe would work for Full Moon:

There you have it. This writer’s five reasons why Full Moon Features should jump right into the Cinematic Universe craze. It could be profitable, even further trend setting, and most importantly of all vastly entertaining!

Check us out next Friday as we review the new Blu-Ray release of “Trancers.”

SquidFlicks Storm of the Century!