Thoughts on Ben Affleck as Batman, or Batfleck

I let this linger in the draft pile for too long (what else is new). The outrage from the initial announcement has decreased, and Affleck’s image was somewhat bolstered by recent media at SDCC this summer, strengthening my argument below. 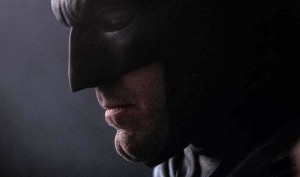 Often on very different planes of existence, both comic book nerds and mainstream Batman fans likely can sympathize with their feelings once news came out that Ben Affleck (of Daredevil and Gigli infamy) was tapped as the new Dark Knight.

In short, here’s what I think about it: I’m not sure if I’m okay with it, but it’s not like it matters anyway – the show goes on. There’s no need to loose any sleep over it. That being said, I think that while Affleck’s body of work precedes him and contains some of the greatest disasters to ever land in theaters across the world, things are bound to pan out alright. A lot of time has passed and I think he’s a more mature and experienced actor, hungry for shot to put the past behind him and change public perceptions. He did great in Argo. I can give him the benefit of the doubt here.

I am really less upset about his selection as the caped crusader than I am at the decision to reboot a franchise that was just masterfully handled and completed just a year ago!

Everyone hated the decision to cast Val Kilmer, that worked out OK. George Clooney was markedly less successful. I don’t think anyone will dethrone Bale’s masterful performance in the Dark Knight trilogy, but let’s all act like adults here. I am sure that the #1 change in the caped crusader’s schtick will be the return of a normal voice. Batman got pretty gravelly in the most recent trilogy, and it was a point of mockery in an otherwise amazing set of films.

How do you think Affleck will handle the role of Batman? Feel free to share your opinions with us in the comment section or via facebook/twitter.

The Fun and Fear of Fictional Corporations

I run the place, and keep it clean. IT professional and child at heart. In my spare time I start half-baked businesses and try to finish my massive pile of in progress movie reviews. I also founded SquidFlicks, and its parent company, SPF Entertainment.

Could Avatar SAVE the Oscars?